Dumbya's Gift That Keeps On Stinking 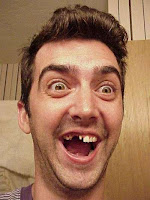 Before administrations change in Washington, political appointees about to lose their jobs scurry for cover. The practice of political types slipping into Federal career jobs is known as "burrowing," and it's usually achieved through political pressure on the hiring agency, not merit.

Some of that has drawn the attention of the American Association for the Advancement of Science's Dr. James McCarthy. He notes that recent selections of Bush Assministration political hacks to career scientific positions is "ludicrous." By putting non-scientists in career positions that require scientific expertise, officials in the Energy Department's Office of Science, and the Commerce Department's National Oceanic and Atmospheric Administration will undermine the scientific missions of these agencies, according to McCarthy. He adds,

"You'd just like to think people have more respect for the institution of government than to leave wreckage behind with these appointments."

Aw, come on, Dr. McCarthy. These agencies need to spend less time on science, and more time on know-nothing, Bushie politics. Dumbya will see to that even after he's left the White House.