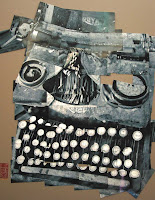 We're noticing that the mainstream media is reverting to the style they had in the latter years of the Clinton Administration. After 8 years of giving the Chimpster-in-Chief miles of slack on everything from the Iraq war to warrantless wiretaps, they want to get back to conspiracies and guilt-by-association journalism.

Taking their direction from the usual suspects on the far right (Drudge, Limbaugh, Weekly Standard,etc.), they are implying a suspicious connection between Illinois Gov. Pay To Play and either President-elect Obama or his staff. It got to the point where U.S. Attorney Patrick Fitzgerald had to step forward yesterday and announce that Obama chief of staff Rahm Emanuel was not a target of their investigation, after wild speculation by the press. If the media had read the criminal complaint, they would have noted that Gov. Pay To Play was furious that no one on the Obama team would play his game. There's every reason to believe that Fitzgerald has asked Emanuel and the Obama team to avoid discussing this so as not to jeopardize their case against the Gov and his associates.

Hopefully, there'll be a good long laugh at the press when the smoke clears, and we find that it was nothing but wingnuts with their pants on fire.
Posted by Hackwhackers at 9:50 AM