The Most Dishonest Columnist 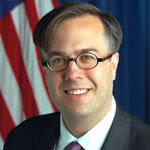 In his WaPo op/ed today, "The Most Polarizing President," former Bush speechwriter Michael "Mushroom Cloud" Gerson retires the trophy as "The Most Dishonest Columnist." Gerson, who is as odd as he looks, tries to make a case for why Obama, and not the Rethugs and right-wing asswhistles in the media, is responsible for the polarization he sees in the latest Pew polling.

If Mushroom Cloud were an honest person instead of a typically hypocritical, lying Rethug, he would also maybe report that the Pew poll shows a rather large gap between Independents' views of Obama and Rethugs. How to explain that and the huge gap between Democrats and Rethugs? Well, maybe one could look at the GOP media and how the Rethugs have positioned themselves since they LOST the election: oppose, oppose, oppose; slander, slander, slander; lie, lie, lie. They seem to exist only to appease the pistol-packin' base, an irrational mob they've been stoking up for years that they now fear more than Obama.

Have you heard them shouting "Socialist!," "Fascist!," "Dictatorship!"? Sure you have.

Have they made any serious attempt to find middle ground with Obama? And offend their riled-up base?! We think not (along with a great majority of Americans).

What they offer is the same old tired stuff that didn't work before and wouldn't work again - except that it appeals to their neolithic base (more tax cuts for the wealthy, for example). Their positions, to the extent they have taken them, have been non-negotiable and seemingly without any mooring in the reality that they've been soundly rejected in two straight elections!

Once again, one must question the "leadership" of Fred Hiatt, the WaPo editorial page editor, in hiring political operatives where journalists like Walter Lippmann once held sway. Now we have, in addition to Gerson, climate change denier/ falsifier "Quill" Will, NYTimes cast-off and correction-generator Wee Willie Kristol, and the surpassingly smug Charles "Kraphammer." Quite an array of far-right driftwood you have there, Fred!
Posted by W. Hackwhacker at 2:26 PM