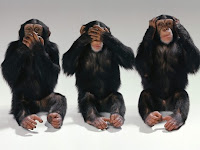 You may have seen some of the instant analysis of President Obama's trip to Asia in the "mainstream media." The meme they're following so far? Failure! Failure I tells ya! The Beltway herd is well down the road to declaring the visit a failure based on... what?

Well, several people are pushing back, including Ambassador to China (and former GOP governor of Utah) Jon Huntsman, and James Fallows, who calls it "manufactured failure." Manufactured by the Rethug-wired "mainstream media." But why?

As many have noted, the media's main ticket seller is controversy and friction. It covers everything like a horse race - who's up, who's down (one need only check out "Dude" Chris Cillizza's weekly columns in the Kaplan Daily for a prime example of this Racing Form journalism). It gives the microphone to anyone causing a dust-up, from a few dozen shouting clown hall yahoos, to the trillion tea baggers storming the Capitol, to obstructionist Rethugs holding up health care reform. Push back against the lies and distortions? You must be joking! They can say or do whatever they want and never get called on it because the media loves the spectacle! It's also a lot easier than doing your job and holding people to facts, not propaganda.

(Image: Chuck Todd, Fred Hiatt and David Broder in a rare photo together.)
Posted by W. Hackwhacker at 3:18 PM