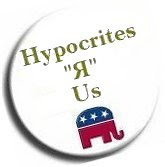 MoDo has her own take on yesterday's Senate hearing into Goldman Sachs' scuzzy operation, and notices one posturing Rethug throwing stones from his glass house:

"You know you’re ethically compromised when Senator John Ensign scolds you about ethics. The Nevada Republican is under investigation by the Senate Ethics Committee and the F.B.I. for chicanery surrounding an affair with a staffer. His wealthy parents paid off the mistress and her husband, who was also on Ensign’s payroll.

“'I think most people in Las Vegas would take offense at having Wall Street compared to Las Vegas. Because in Las Vegas, actually people know that the odds are against them. They play anyway,' said the righteous Ensign. 'On Wall Street, they manipulate the odds while you’re playing the game. And I would say that it’s actually much more dishonest.'”

Heh heh. Of course, off camera, he later voted to kill debate on the financial reform bill. Perhaps a Senate hearing could be arranged where Rethug Sen. David "Diapers" Vitter could lecture us on the sin of adultery.
Posted by Hackwhackers at 12:22 PM