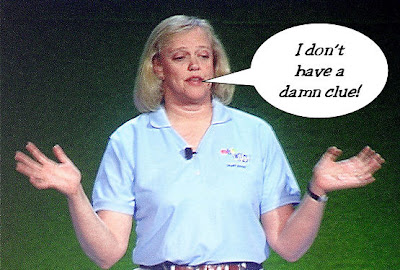 California Rethug candidate for Governor Meg "Mega Bucks" Whitman has made one of the biggest political gaffes of this election season with a statement in her own campaign ad: "You know, 30 years ago, anything was possible in this state."

True, and the Governor 30 years ago? Her opponent, Jerry Brown. Now, Brown has turned it into a devastating campaign ad. Maybe Mega Bucks' campaign staff isn't familiar with "the Google." BWAHAHAHAHAHA!!