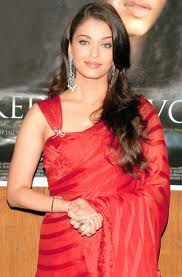 With more invasive screening at U.S. airports now in place, it was only a matter of time when issues of cultural modesty were raised by some diplomatic travelers. For example, this Kaplan Daily story notes that sari-wearing Indian Ambassador to the U.S. Meera Shankar was searched and patted down twice recently. Saris, using yards of fabric, cover most of the body and legs, requiring more attention by screeners. India's U.N. Ambassador Hardeep Singh Puri was nearly forced to remove his dastar (turban) during a recent TSA screening in Austin, TX. As a member of the Sikh religious group, Puri's dastar is an integral part of his cultural and religious identity.

The State Department says that it is working with the TSA to avoid incidents involving diplomatic travelers.

You'll use any excuse to post a picture of Aishwarya Rai!