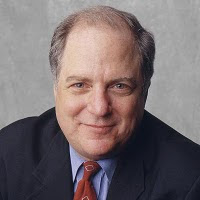 Today's column by Frank Rich in the New York Times captures the dilemma of the Rethugs: how to keep their wingnut base fired up without appearing absolutely insane to the rest of America. Their most demagogic leaders, Boo Hoo Beck and Mama Fizzly Palin, are losing ratings and appeal. They are devoid of any solutions but cutting taxes and cutting programs for the middle class.

Some of Rich's best writing is when he's skewering Rethug pols, in this case when Messrs. Santorum and Romney groveled before the Crackpot Political Action Committee several days ago:

"Santorum, a former Pennsylvania senator who lost his 2006 re-election bid by a landslide of 17 percentage points, believes he can be president despite being best known for having likened homosexuality to 'man on dog' sex. Even less conversant in foreign affairs than canine coitus, he attacked Obama for deserting Hosni Mubarak, questioning the message it sent to America’s 'friends'. . . Romney, on the other hand, is the closest thing the G.O.P. has to a front-runner, and he is even more hollow than Santorum. Indeed, his appearance at CPAC on the morning of Friday, Feb. 11, was entirely consistent with his public image as an otherworldly visitor from an Aqua Velva commercial circa 1985."

Snap! No one dishes it better than Frank Rich.
Posted by Hackwhackers at 9:58 AM