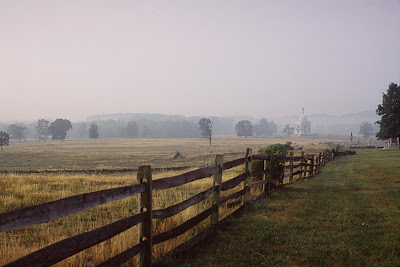 With the Emancipation Proclamation in October 1862, President Lincoln changed the face of the U.S. forever. Although it would take almost another 100 years for African Americans to realize their freedom, there was no turning back on the promise of freedom. Secession was defeated, and the Union was preserved and America grew stronger. As Lincoln said in his 1862 address to Congress:

"The fiery trial through which we pass, will light us down, in honor or dishonor, to the latest generation. We say we are for the Union. The world will not forget that we say this. We know how to save the Union. The world knows we do know how to save it. We -- even we here -- hold the power, and bear the responsibility. In giving freedom to the slave, we assure freedom to the free -- honorable alike in what we give, and what we preserve. We shall nobly save, or meanly lose, the last best hope of earth."

We can't afford to let reactionaries rewrite history to their own liking, whether out of political advantage or of bigotry, or both. Too many died on those many battlefields to toy with the basis for their ultimate sacrifice.

(photo: A fence divides the field at Gettysburg battlefield)
Posted by Hackwhackers at 4:45 PM