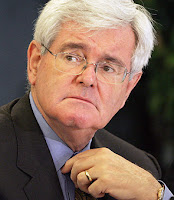 Sound the alarm! Man the lifeboats! The SS Poot is going down.

Rethuglican Presidential candidate Poot Gingrich's campaign manager and six senior advisers resigned en masse today. After a catastrophic campaign roll out, in which Poot accidentally uttered the truth about the "kill Medicare" budget plan of Rep. Paul "Lyin'" Ryan, he's lost the support of most of the far-right base.

To make matters even stranger, Poot was on a two-week Mediterranean cruise when the mutiny broke out, and had to return home. In this case, it appears that Captain Poot should have stayed cruising on the other ship.