When The Past Is Prologue 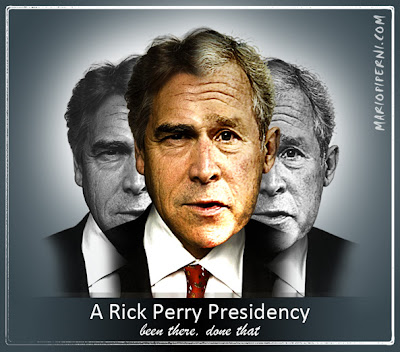 Expect continued swooning from the Beltway media over Hair Perry. They'll glide over the secessionist talk, the homophobia, the poor educational performance in Texas, and his record of rewarding polluters and large corporations. They'll chatter mainly about the superficial: manly man, stump speech, Texas swagger, etc.

Posted by Hackwhackers at 9:41 AM