A Bridge Across Generations 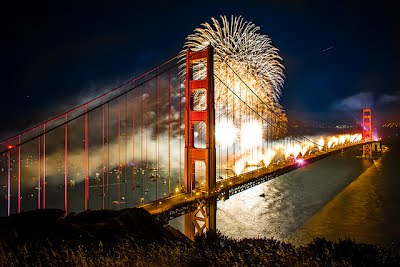 We were remiss in not noting the 75th birthday on Sunday of an American icon, San Francisco's Golden Gate Bridge. Construction on the 1.7 mile bridge began in early 1933, during the depths of the Great Depression. Costing more than $35 million, the project was completed on May 27, 1937, $1.3 million under budget. The last surviving worker on the bridge, Jack Balestreri, died last month. The bridge is an engineering marvel, and an aesthetic treasure. May it long span the Golden Gate.

(photo: Thomas Hawk)
Posted by Hackwhackers at 9:14 AM