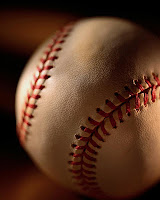 Weaver was one of the most successful managers in baseball history with 5 seasons of 100 wins or more, who won 4 American League pennants and one World Series in his 17 years with the Orioles.

Stan "Stan the Man" Musial was a hitting force of the same caliber as his contemporaries Ted Williams and Willie Mays. He spent his entire 22 year career with St. Louis, and was one of the true gentlemen of baseball. He won seven National League batting titles, took the Cardinals to three World Series in the 1940s, and was arguably one of the top five players of all time. President Obama presented Musial with the Medal of Freedom in 2011 for his contributions to America. ESPN has nice tribute to him here.

Posted by Hackwhackers at 10:56 PM

I have fond memories of seeing Stan the Man play in St. Louis with my dad and uncles - lucky girl! P.E.C.

Yes, P.E.C., you are. He was one of the greats of all time, both on the field and off. Sadly, they don't make many Stan the Mans anymore.