Weiner Is Still A Wiener 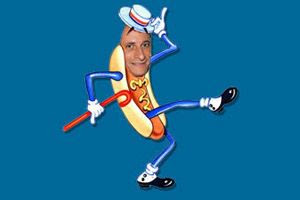 Fresh explicit texts and photos of New York Mayoral candidate Anthony "My Name Is My Fame" Weiner that were done after his 2011 resignation from Congress have surfaced.  Apparently, this guy has some deep-seated self-destructive impulses, not to mention some serious sexual baggage.

The voters are occasionally willing to forgive these types of transgressions (hi, Congressman Mark Sanford!), but this is a bit much.  Weiner held a press conference this afternoon, at which he acknowledged the new material was true for the most part.  His long-suffering wife, the lovely Huma Abedin, made her own painful statement after Weiner finished, saying essentially that they were still working through problems in their marriage but that she supported his candidacy.  (That's another mark against him:  using his wife -- who can do a lot better husband-wise -- as a "defense witness" or prop).

We have a simple solution:  New York voters should elect Christine Quinn, and let this Weiner cook a lot longer.

BON(ER)US:  Weiner's screen name was revealed to be "Carlos Danger."  [pause for laughter]  Here are some of his rejected screen names. 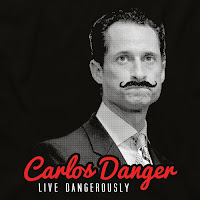 Posted by Hackwhackers at 6:29 PM