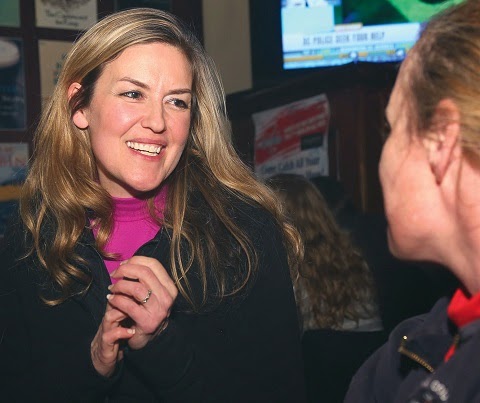 With the Democratic sweep of the top positions in the Commonwealth of Virginia -- Governor, Lt. Governor and Attorney General -- last November, it's clear that Virginia may be transitioning from a purple state to a blue state. When Dem. Mark Herring won the Attorney General job, he vacated a state senate position, and yesterday, despite a snow storm, Democrat Jennifer Wexton won his seat in a special election with 53% of the vote, to Teapublican John Whitbeck's 38% (Independent candidate Joe May drew less than 10%).  Wexton ran a vigorous campaign, with one ad saying she'd fight "Tea Party Republicans" in Richmond over their conservative, anti-women social agenda.  Wexton's victory moves the Dems closer to control of the Virginia State Senate;  Democrat Lynwood Lewis leads his millionaire Rethuglican opponent by only 9 votes in the race to win Lt. Governor Ralph Northam's seat, with a recount in progress.