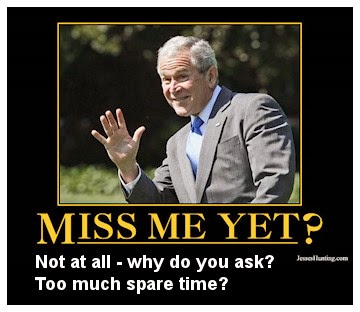 The little shrubs are keeping busy:

- "Bush's brain" (an oxymoron if there ever was one) Karl "Turdblossom" Rove is up to his usual, sleazy, lying tricks, suggesting Hillary Clinton suffered a "traumatic brain injury" when she fell and hit her head last year.

- Bush speechwriter and current once great Washington Post Bezos Bugle pundit Michael "Mushroom Cloud" Gerson, is confoozed about the curious anti-science fever abounding in the land, without (as Charles P. Pierce points out) ever mentioning the word "Republican."

- Bush speechwriter and torture apologist Marc Thiessen (another Bezos Bugle hire, to its everlasting shame) is beating yet another Benghazi! dead horse:  where was Obama during the attack on the consulate?  Where would you have liked for him to have been, and what difference would that have made, you criminal asshat?
Posted by W. Hackwhacker at 4:39 PM