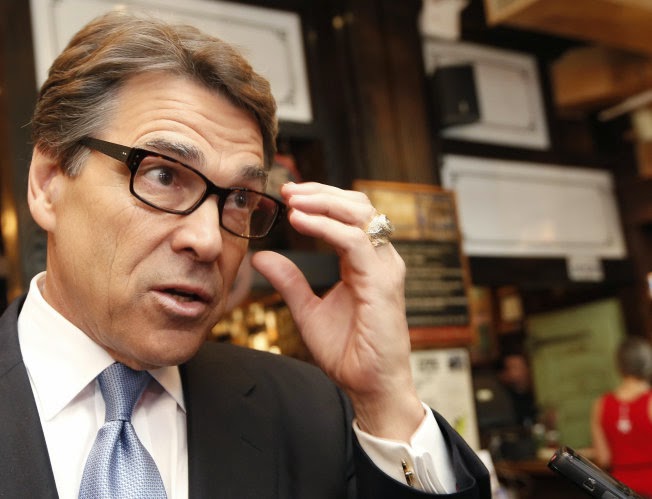 News that Texas Gov. and future LensCrafter spokesmodel Rick "Oops" Perry is once again testing the Presidential waters in Iowa is cause for anticipatory merriment.  Oops is in Iowa ostensibly campaigning for Iowa Governor Terry Branstad and other wingers, but he wants to refurbish his image from 2012, where he finished fourth in the Iowa Rethug primary behind such political geniuses as Rick "Frothy Mix" Santorum and Ron "Race War" Paul.

Oops was one of the biggest punch-lines in the 2012 Rethuglican Presidential clown car primary, and despite his acquisition of serious glasses to make him appear smarter, he's the same dumbass Governor elected by dumbass Texans.  Get the popcorn ready for the coming buffoonery.
Posted by Hackwhackers at 2:22 PM

Labels: Rick Perry in Iowa campaigning for Rethug candidates in 2014