And The Award Goes To…. 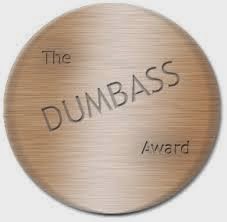 In a crowded field of Rethugs, Arizona Congressional candidate Adam "The Brain" Kwasman wins a Dumbass award for mistaking a busload of YMCA kids for a group of unaccompanied immigrant children in Oracle, AZ yesterday.  Obviously trying to get points with the teatard demographic that he hopes will elect him to the 1st Congressional district seat, The Brain dove deeply into derpitude waving his arms before realizing his mistake.  He tried to take back his comments on his Twitter account and engaged in some mumblespeak with reporters covering The Brain's backfiring publicity stunt.  Even the YMCA kids on the bus were seen laughing at and taking pictures of The Brain and the yahoos that were assembled to stop the alien invasion.  Not surprising that they have better sense than these "adults."
Posted by Hackwhackers at 1:39 PM