Apparently, some members of Congress have nothing better to do on their long, long summer recess than comment on what President Obama is wearing.  We're referring of course to the tan suit that the President wore at his Thursday press conference that got New York Republican Congressman and IRA bag man Peter King in a huff.  King was miffed at what the President wore ("For him to walk out — I’m not trying to be trivial here — in a light suit, a light tan suit…") and the fact that he highlight good economic growth news rather than immediately announce that the U.S. would be carpet bombing terrorists in the Middle East. 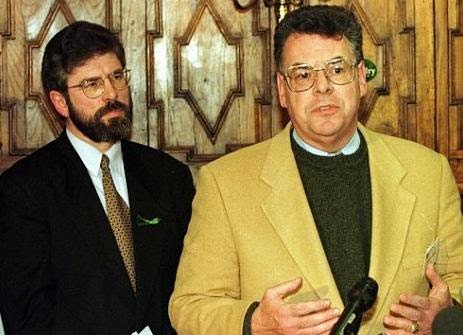 The increasingly irrelevant Beltway media were on the case of the tan suit, which only reinforces the view that policy issues are too difficult for them to digest (and certainly report on accurately) so they prefer the trivial and shallow.
Posted by Hackwhackers at 4:39 PM

Maybe he's just mad because it means president Obama is secretly giving a shout out to the black and tans. ..