From The Sports Desk...

Last night's preseason football game between Washington and the Cleveland Browns was apparently a snoozer, with both teams' quarterbacks looking uninspiring.  However, we noted that Cleveland rookie quarterback Johnny "Johnny Football" Manziel made the news not for his flat performance, but for his upright middle finger which he flipped at the Washington sidelines after a series of plays: 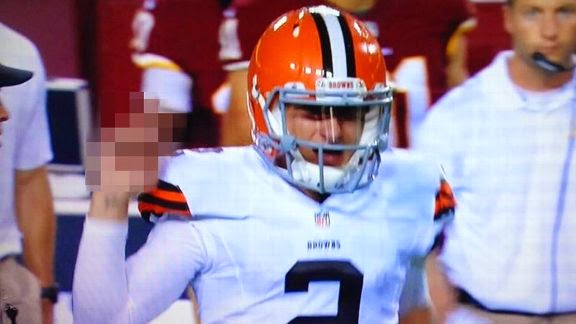 We'd like to think that Manziel flipped the bird at our "favorite" football team owner, Li'l Danny Snyder, but no such luck.

Fans of Cleveland's bitterest rival, the Pittsburgh Steelers, were quick to jump on Manziel's gesture: 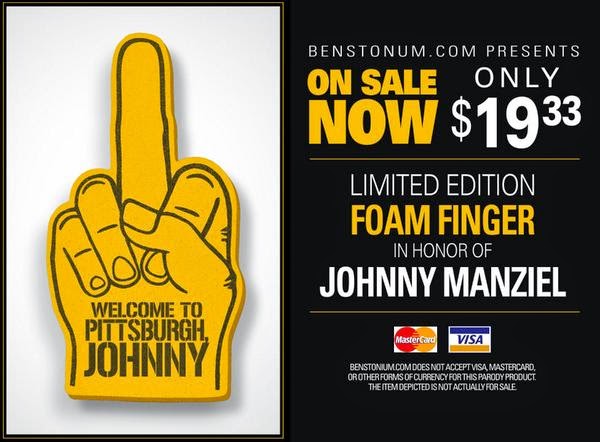 On a more mature note, two prominent broadcasters, CBS' Phil Simms and NBC's Tony Dungy have stated that they will not use the Washington football team's offensive name in their broadcasts this season.
Posted by Hackwhackers at 11:38 AM