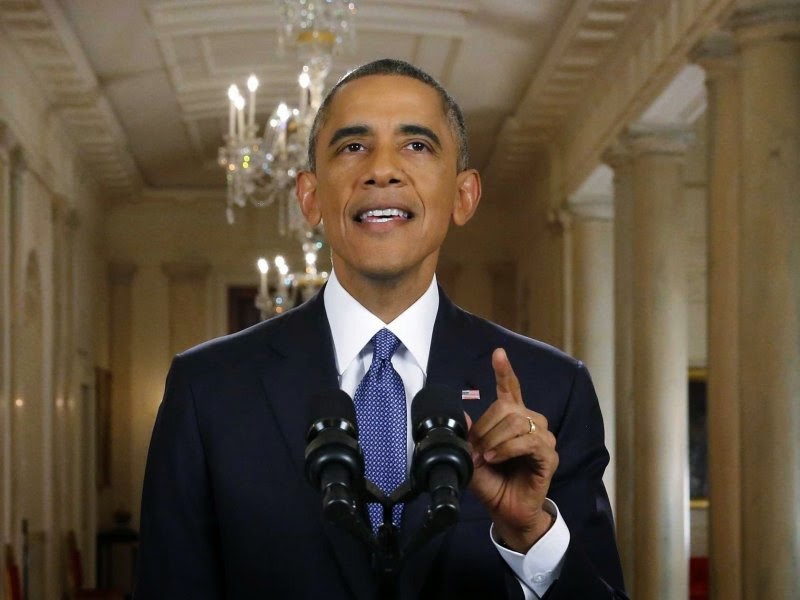 Addressing the nation last night, President Obama outlined steps he is taking to improve the immigration system, including:


1. protection of parents of naturalized children who have been here for over 5 years;

2. allowing more children of undocumented parents to be shielded from deportation;

3. the overhaul of rules governing "highly skilled workers and entrepreneurs" to allow them to extend their stay; and

The move affects nearly 5 million undocumented immigrants.  Obama made it clear that he was acting after being rebuffed by the Rethuglican-controlled, teabagger dominated House of Representatives, who have refused to vote on a bipartisan Senate bill that passed easily last year with 68 votes.  The President placed the ball in the new Rethuglican Congress' court, challenging them to pass comprehensive immigration reform, which they see as opening the door to new Hispanic (i.e. Democratic) voters.

BONUS:  Mock Paper Scissors has a preview -- in misspelled signs -- of the wingnut reaction.

(photo: Reuters/Jim Bourg)
Posted by Hackwhackers at 10:05 AM