Save Your Confederate Money, Boys 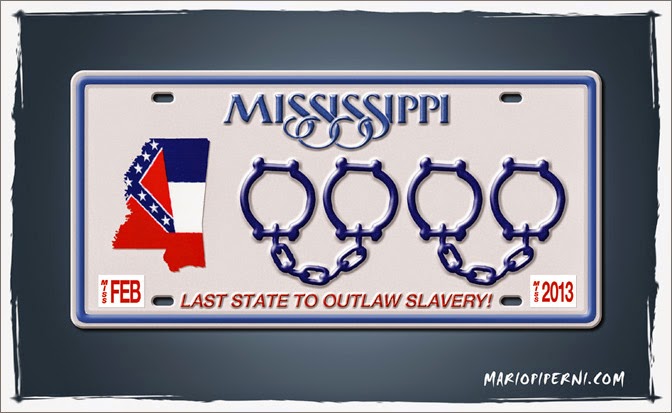 A group in Mississippi calling themselves the "Magnolia State Heritage Campaign" is seeking to place an amendment on the 2016 ballot that would make Christianity the State's religion, "Dixie" would be named the State song, English would be the only official language, and April would be declared "Confederate Heritage Month."  One the one hand, that should go over well with Mississippi's 1.1 million African-American residents.  On the other hand, it's Mississippi.

The resurgence of wingnut militias, secessionist blather, displays of the Confederate flag and other evidence of renewed racism increased the moment President Obama took the oath of office.  Now, a state wants to enshrine racism (and religious bigotry) in its constitution, because…..we're a post-racial country?  Really?

(image:  Always leading the pack)
Posted by Hackwhackers at 1:21 PM