The Grand Poobah Has Spoken 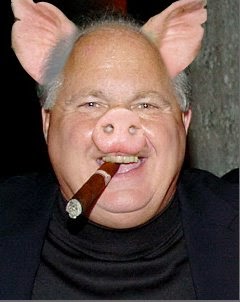 Rethuglican Grand Poobah and voice of their inner rage, hate radio's Rush Limpballs, has given orders to his underlings that were elected Tuesday, and it's not to sing Kumbaya:

We're waiting for the Rethuglican Party's reaction to their guru's orders…..waiting….. waiting…..

BONUS:  And "mandate"?  It was a low turnout election, with under-30 voters (cough) slacking off in particular.
Posted by Hackwhackers at 9:59 AM