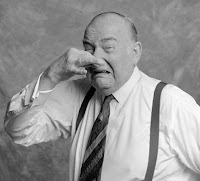 As we noted after its opening weekend, the Michael Bay Benghazi fic flick, "13 Hours," was on its way to stinker- dom, finishing 4th and grossing a paltry $16 million.  This after ubiquitous advertising and 24/ 7 flogging by Fox "News."

Well, in its second week in release, it looks like it's headed for the world of on- demand.

For the weekend January 20-24, "13 Hours" fell from 4th to 7th;  it's gross fell by 44.2%.  In two weeks, it's grossed $32.7 million (the movie's budget was $50 million, making the potential for breaking even quite iffy).  That's after 528 screens were added after the first weekend!  By contrast, a comparably- budgeted film released at the same time, the buddy comedy "Ride Along 2," has already grossed $58.6 million.

Sorry, Paramount right- wing asswit.  Sorry, Fox "News."  Your expensive, but ultimately rather feeble FAIL to turn the tragedy of Benghazi into a political hit on Hillary Clinton requires you replace the flick's typically bombastic Michael Bay soundtrack with something like this (our go- to sound effect!).

* Apologies to the late Jimmie Rodgers and other artists.
Posted by W. Hackwhacker at 11:47 AM