From the New York Daily News:


A bizarre lawsuit involving a California woman’s charge that Donald Trump raped her when she was an underage teen have resurfaced, this time in a Manhattan Federal Court.

Trump, the Republicans’ presumptive presidential candidate, has already denounced the allegations once as “categorically false” and “disgusting.”

But the lawsuit — dismissed by a Los Angeles Federal Court judge last month — has new life and the backing of a new lawyer, although some of the salacious charges have been dropped.

Gone from the new lawsuit is an allegation that Trump threw money at the plaintiff for an abortion when she expressed fear about getting pregnant after being raped. Gone, too, is the allegation that Trump called co-defendant and accused pedophile and sex party host Jeffrey Epstein a “Jew bastard,” and her request for $100 million in damages.

But the complaint’s core allegations remain unchanged, that Trump and Epstein sexually assaulted an underage girl at a series of Manhattan sex parties Epstein hosted in 1994.

“Immediately following this rape, Defendant Trump threatened me that, were I ever to reveal any of the details of Defendant Trump’s sexual and physical abuse of me, my family and I would be physically harmed if not killed,” the plaintiff said in an affidavit. (our emphasis)

The complainant was 13 at the time of the alleged assault.

Sound implausible?  Remember, here's Creepy Rump with his own then- 15- year- old daughter Ivanka in 1996 (whom he said he'd date if she weren't his daughter, and whose breasts he commented on when she was a 1 year old): 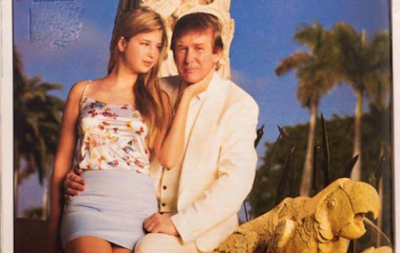 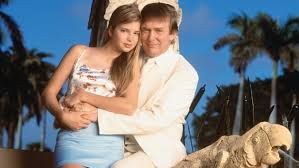