That Was Then, This Is Now

Here's what I know. Donald Trump is a phony, a fraud. His promises are as worthless as a degree from Trump University. (1/2)
— Mitt Romney (@MittRomney) March 3, 2016 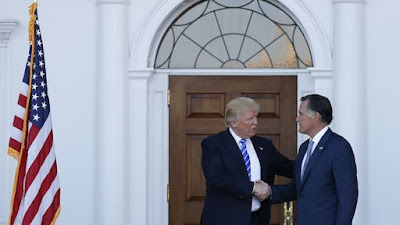 No word on whether sociopath Donald "Rump" Trump grabbed Willard "Mittens" Romney by the p*ssy during yesterday's meeting, or whether he got that "lousy hat." Rethugs are nothing if not amoral hypocrites.