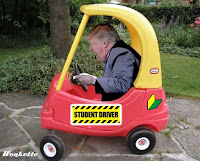 "Populist" hero and world- class con man Donald "Rump" Trump is proposing a cut of $800 billion in Medicaid as well as other social safety net programs over the next 10 years ($1.7 trillion in all). His 2018 budget proposal lays the basis for using cuts to Medicaid and the Supplemental Nutritional Assistance Program (SNAP) to balance nearly $1 trillion in tax cuts mostly benefitting the wealthiest Americans (i.e., via the TrumpCare abomination). But these proposals are just the beginning of the income redistribution upward:


The proposed changes to Medicaid and SNAP will be just some of several anti-poverty programs that the White House will look to change. In March, the White House signaled that it wanted to eliminate money for a range of other programs that are funded each year by Congress. This included federal funding for Habitat for Humanity, subsidized school lunches and the U.S. Interagency Council on Homelessness, which coordinates the federal response to homelessness across 19 federal agencies.

This, as part and parcel of the longstanding effort by Republicans to destroy affordable health care and the social safety net in this country, must be a petard on which their heads should be hoisted, hopefully starting in Montana on Thursday (where Democrat Rob Quist is hammering on affordable health care), then on to Georgia on June 20 (where Democrat Jon Ossoff is hanging Rump around his opponent's neck).

Voters who support Republicans might want to think about this:


I wonder how many Trump voters plan on taking in their elderly parents when these cuts go through? https://t.co/67NXe5qXNh
— Bruce Bartlett (@BruceBartlett) May 21, 2017

Bastard Son of a Bitch!! I wonder if his arm has broken or at least sprained due to all the pattin' himself on the back.

This is pure Republicanism 2017. It's why they need to be taught a lesson they'll never forget.

If Ossoff wins in Georgia, may be a turning point for some congress critters. We know they're afraid of this one contest, W.