Who Are You Going To Believe - Republicans Or Your Lying Eyes?


The Republicans are trying hard -- man, are they trying -- to convince us that the Senate TrumpCare bill does not do what it actually does.

Look closely. Here's the Republican myth, followed by the reality.

Myth (from HHS Secretary Tom "Tax Cuts For The Rich At Any" Price): 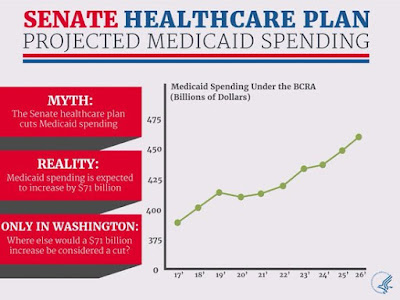 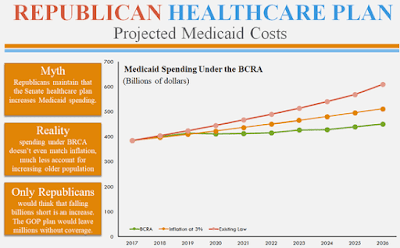 Make no mistake, folks: they're still coming after Medicaid so they can give the rich a tax cut.
Posted by W. Hackwhacker at 2:00 PM

Hey, tom, The Congressional BUDGET Office: It is their job to crunch numbers & give us the facts. That's why they are there. Unlike the Repukelicans. Don't know THEIR purpose.

FM - Price's main purpose, aside from selling TrumpCare with lies, is to get insider deals on pharmaceutical stocks. He's as venal as he looks.