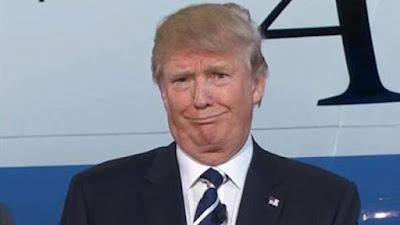 
President Donald Trump urged attendees at a Tuesday night gala for a top anti-abortion organization to vote in November, issuing a stern warning about what might happen if they don’t.

“If Democrats gained power, they will try to reverse these incredible gains, these are historic gains,” Trump told the audience at Susan B. Anthony List’s annual Campaign for Life event, referring to the strides made by his administration to defund abortion providers like Planned Parenthood and generally limit abortion services in the U.S.

“Every day between now and November we must work together to elect more lawmakers who share our values, cherish our heritage, and proudly stand for life,” Trump said. [snip]

“For decades, American taxpayers have been wrongfully forced to subsidize the abortion industry through Title X federal funding, so today we have kept another promise,“ Trump said to a cheering crowd. “My administration has proposed a new rule to prohibit Title X funding from going to any clinic that performs abortions.” (our emphasis)

And then there's this:


Four days after after the raid on [Trump attorney Michael] Cohen’s office, on April 13, The Wall Street Journal published a story claiming that this David Dennison, in the NDA signed by [Playboy model] Shera Bechard, was none other than Elliott Broidy — despite its being precisely the same pseudonym Trump had used in the Stormy Daniels NDA.

But as I argued at length and in detail in this space two weeks ago, Broidy’s account raises a lot of questions — and I believe a more plausible explanation of all the facts at hand is that he agreed to pay Bechard seven figures as a favor to Donald Trump, who actually impregnated Bechard, and then needed to hush her up about their affair and her subsequent abortion.

Trump, I pointed out, is exactly the kind of man who has affairs with women like Shera Bechard, while Broidy has a history of bribing public officials to further his business interests — indeed, he had even made payments to the mistress of a politician he was bribing. And it was clear Broidy had spent much of 2017 touting his connections to Trump to various foreign officials.

The New York Magazine article by Paul Campos excerpted above is a must- read, and makes a compelling argument, based on further reporting by the Associated Press, for why Broidy did what he did =cough= quid pro quo =cough=.

Now, please raise your hand if you believe serial adulterer Donald "Rump" Trump was the one who impregnated Ms. Bechard and then paid hush money for her abortion.  Keep your hand raised if you think this epic hypocrisy won't matter one bit to the knuckle- dragging Rump base.  You can put your hands down now.

BONUS:  Susie Madrak at Crooks & Liars has more here.
Posted by W. Hackwhacker at 11:30 AM