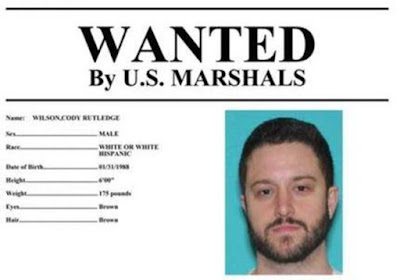 The defiant sociopath who published blueprints for 3-D plastic guns on the internet was deported from Taiwan and returned to Texas where he has been charged with sex with a minor. Cody Wilson, 30, had allegedly been in Taiwan on "business" when Taiwanese immigration officials detained him and deported him back to the U.S. Last month, a Federal judge blocked Wilson from posting the free blueprints of the gun on line. Now, Wilson is offering the blueprints on his website for any sum of money.

Police say that Wilson fled to Taiwan when he learned he was under investigation for the assault. He's since been released on bond from the Harris Co., TX jail, despite being a danger to the community:


"Wilson, a self-described 'crypto-anarchist,' has said 'governments should live in fear of their citizenry.'"

Actually, it's a lunatic like Wilson whom citizens should fear, both for his dangerous gun fetish and likely related sexual perversions.
Posted by Hackwhackers at 2:00 PM