Grifter Candace Owens Gets Her Comeuppance 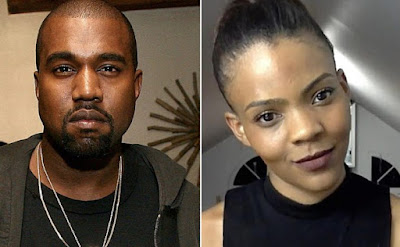 Far-right activist and loony opportunist Candace "Canned Ass" Owens is one of the most visible (and risible) people trying to gaslight African-Americans about the Rethuglican Party. She wants to start an exodus of African-Americans from the Democratic Party, as if she's never studied Rethug policies or heard of the "Southern strategy." As a beneficiary of the wingnut welfare system, she's the "communications director" for a conservative grift called "Turning Point USA," which sounds like a substance abuse rehab outfit, but which is funded by wealthy, white right-wing donors who want to use paid shills like Owens as a fig leaf for their racism.

In her mission to fool African-Americans into signing up with the white supremacist Rethuglican Party, Owens enlisted "jackass" Kanye "Clownye" West, whose recent "minstrel show" in the Oval Office caused renewed concern about his mental state. She had befriended West after his embrace of bigot and con man Donald "Rump" Trump, and thought she could use West's name to launch her "Blexit" campaign (get it? Blacks Exit....the Dem Party).

West may be back on his meds though, because he lashed out yesterday on Twitter, saying he was used to spread messages he didn't support (shocking!) and that he didn't give Owens permission to use his name as the designer of the Blexit logo. Owens lied that she'd ever said that West designed the logo, but just three days earlier, she had appeared at a launch of the Blexit campaign where she DID give West credit for the logo on videotape. Canned Ass is not being very can-did, but who's surprised?
Posted by Hackwhackers at 3:30 PM