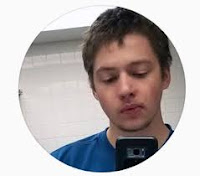 The horrific outbreak of violence at yesterday's Gilroy Garlic Festival in California, which has claimed three lives so far (including a 6- year- old boy and 13- year- old girl) and many more wounded, was perpetrated by 19- year- old Santino William Legan, according to police.  He fits a familiar profile in the Trump era:


Legan also shared his views that include fringe white supremacist book written in 1890. Called “…one of the most incendiary works ever to be published anywhere,” by a noted anarchist, Legan quoted from the book in a post accompanied by a Smokey the Bear sign about fire danger. He wrote: “Read Might Is Right by Ragnar Redbeard. Why overcrowd towns and pave more open space to make room for hordes of mestizos and Silicon Valley white twats?”

According to the book Modern Satanism: Anatomy of a Subculture, Might Is Right by Ragnar Redbeard was authored under a pseudonym. It is purported to expand on Friedrich Nietzsche’s “theories of master–slave morality and herd mentality …”

The book is described as being akin to Social Darwinism and includes misogynistic and racist principles “claiming that the woman and the family as a whole is the property of the man and proclaiming the innate superiority of the Anglo-Saxon race. The book also contains many strong anti-Semitic statements.”  (our emphasis)

You can count on several things:  that his violent anger towards "mestizos and Silicon Valley white twats" has resulted from the racist and eliminationist rhetoric coming from the far right, given license by the "good people on both sides" white supremacist in the White (Supremacist) House;  that his access to his weapon(s) of choice was unimpeded;  and that, in laying this massacre solely at the feet of "mental illness," the media will bend over backwards to ignore the political philosophy behind this horror -- so far that it can kiss it's own ass.