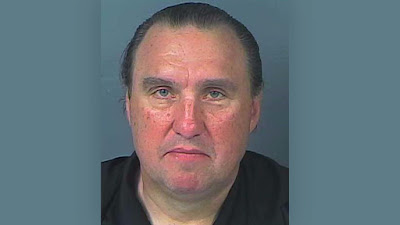 
"The Hillsborough County Sheriff’s Office received an anonymous tip that the pastor planned to hold services Sunday in violation of county orders asking residents to stay home and limit gatherings to slow the coronavirus. Sheriff’s officials said they warned church lawyers on Friday and Sunday about the 'dangerous environment they were creating for their members and the community.'

But Howard-Browne, the self-proclaimed 'Holy Ghost bartender' and COVID-19 conspiracy theorist, ignored those warnings. He held two large services on Sunday, deputies said, and even bused people in to the church at 3738 River International Drive." (our emphasis)


“Because of the reckless disregard of public safety and after repeated requests and warnings, I worked with our state attorney, Andrew Warren, to obtain a warrant for unlawful assembly and violation of public health emergency rules, both of which are second degree misdemeanors. Our goal here is not to stop anyone from worshiping, but the safety and well-being of our community must always come first."

Unfortunately, Howard-Browne made bail, which was set at a mere $500, it likely being a small percent of the "take" from his holy roller grifting each week. It's a good bet that he'll be at it again next Sunday, if not before, while waving a phony claim of religious persecution in the air. A second violation should bring serious jail time for this Bible thumping charlatan.

BONUS:  Of course, he's only one of a multitude of grifting jackasses trying, counter- intuitively, to get their meal tickets killed.  Here's another.

(photo: Sheriff's office mug shot. Looks like the "bartender" has a case of gin blossoms.)
Posted by Hackwhackers at 1:00 PM