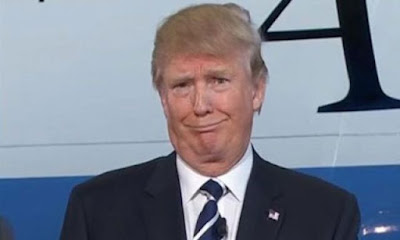 "...The system was primed to act, but the person at the top of the system had to say, 'Go.' And that person was Donald Trump.

“'Here is the way I would put it,'” a person who has been involved with the President’s Daily Brief process told me, referring to Trump. “'The person behind the desk is the same person you see on TV'”—emotional, opinionated, fixed on his own few hobbyhorses and distorted views of reality, unwilling or unable to absorb new information. “'In a normal administration, the president would have seen the warnings unfolding from January onward. But this president hadn’t absorbed any of it.'” [snip]

"The United States still possesses the strongest economy in the world, its military is by far the most powerful, its culture is diverse, and, confronted with the vicissitudes of history, the country has proved resilient. But a veteran of the intelligence world emphasized that the coronavirus era revealed a sobering reality. “'Our system has a single point-of-failure: an irrational president.'” At least in an airplane cockpit, the first officer can grab the controls from a captain who is steering the aircraft toward doom."--  James Fallows in The Atlantic, using the analogy of an investigation into the cause of an airplane crash to describe the epic failure of Donald "COVID Donnie" Trump's response to the coronavirus pandemic.  It's a long, fascinating read.
Posted by W. Hackwhacker at 3:00 PM