Too Little, Too Late (UPDATED) 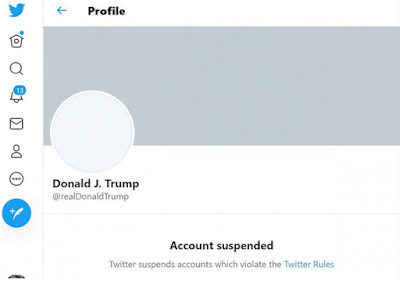 The unhinged leader of the insurrection reportedly "went ballistic" when Twitter, after allowing years of incendiary messages from Mango Mussolini, finally banned him permanently.   Now, how about the rest of his crime family and enabling seditionists?

The Twitter account of far-right radio host Rush Limbaugh was also shut down Friday, but it wasn’t immediately clear why.