Trump Trashes Environmental Protections On The Way Out 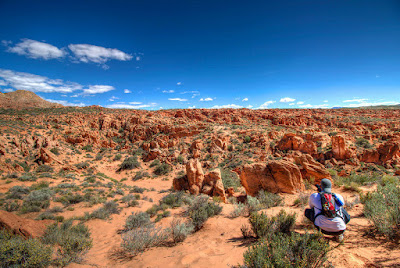 Completely on- brand for this malicious, nihilistic regime:

The Trump administration has gone on a spree of environmental rollbacks in its final days, loosening standards for equipment Americans use to heat their homes, reducing protected habitat for the northern spotted owl and opening conservation lands in California and Utah to development.

The flurry of new rules — several of which will help the fossil fuel, logging and mining industries — sets up a clash with the incoming Biden administration. As the president-elect gears up to cut greenhouse gas emissions and put more land off limits to development, his aides will have to spend months unwinding these policies unless congressional Democrats or federal judges overturn them.  [snip]

In the past week, for example, the Interior Department overturned an Obama-era measure that increased royalties that oil, gas and coal companies pay the federal government; cut 3.4 million acres in critical habitat for the northern spotted owl, which faces extinction; expedited approvals to lease more than 550,000 acres of the Arctic National Wildlife Refuge for energy development; and approved a four-lane highway through Utah’s Red Cliffs National Conservation Area, which had been permanently protected as a wildlife reserve 25 years ago.

Interior also adopted language in its instructional manual on Monday requiring employees to use climate models that predict less-severe impacts from global warming, emphasizing “uncertainty” in the science. [snip]

But Andrew deLaski, executive director of the energy-efficiency advocacy group Appliance Standards Awareness Project, said it could lock in pollution for years to come from home heating, a big if underappreciated source of greenhouse gas emissions.

Even though Democrats have options for overturning these actions through legislation or the courts (at least until they arrive at the Republican Supreme Court), it may take years for the damage done just in the past few weeks to be undone, if it can be undone at all.

We'll say it one last time as the clock ticks down the last hours of the Trump regime: "But her emails!"

I am so old I remember when the Clean Air Act was passed under Nixon in 1970 by a Senate vote of 73-0. Then Ronnie came in with the - Government regulations are evil job killers trope - and Rs have followed the script since. Always like to remind my fellow private industry regulators that the Government created our jobs by, you know, regulating. Most refuse to accept it. Kind of like when you say the greatest military in the world is a socialist organization. Can see the smoke coming out of their ears while trying to refute it.

Mart -- I remember the Reagan line, "The nine most terrifying words are 'I'm from the government and I'm here to help.'" It was no doubt written on the back of a 3x5 card along with his apocryphal "welfare queens" anecdote!