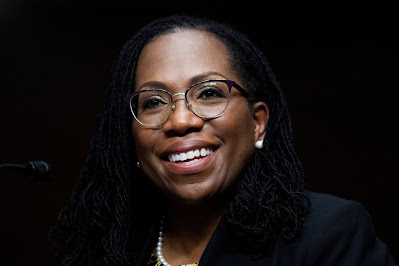 By a vote of 53 - 44 largely along party lines, Federal District Judge Ketanji Brown Jackson was confirmed by the Senate to replace Judge Merrick Garland, now the Attorney General, on the influential District of Columbia Circuit Court of Appeals. Judge Brown Jackson's confirmation came the same day as evil Corruptican nihilist Sen. Moscow Mitch McConnell vowed to block any Supreme Court nominee by President Biden if the Republicans take back the Senate in 2022.