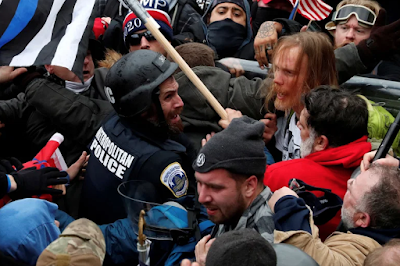 “The greatest trick in history was Donald Trump convincing redneck Americans that he somehow speaks for them,” says Fanone, who includes himself in that category. “He will destroy this country simply for the sake of his ego, just because he can’t accept that he lost an election.” -- Metropolitan D.C. Police Officer Michael Farone, in a TIME magazine cover story out today.