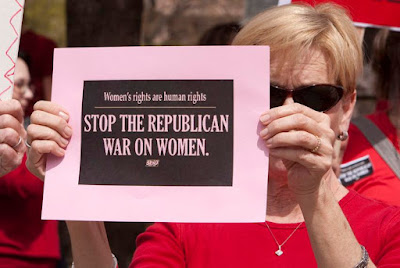 According to a new Monmouth University poll, by 62 to 31 percent Americans favor leaving Roe v Wade intact, a similar outcome when people are asked if abortion should be legal in most cases.

But, when asked about the specifics of the heinous Republican anti- abortion law recently passed in Texas by a passel of far- right mostly white men, the American public recoils almost in unison:

One of the most contentious aspects of the law, beyond the six-week time frame, is in how it allows regular citizens to enforce it — by filing complaints about those who obtain abortions after a fetal heartbeat can be detected. Asked what they think about “having private citizens use lawsuits to enforce this law instead of having government prosecutors handle these cases,” Americans disapprove of the idea 70 percent to 22 percent.

The pollster then noted that the law provides for compensation of $10,000 for private citizens who win such cases — what has been labeled a “bounty.” In this case, opposition was even higher: 81 percent to 14 percent. Even Republicans oppose this idea 67 percent to 24 percent.

That’s about as consensus an issue as you’ll find in modern politics. And it’s a consensus against a central part of the Texas law.

The "bounty hunter" provision in the Texas law was designed (with the acquiescence of the Republican Supreme Court) to enable it to skirt its plain unconstitutionality by making it more difficult for federal courts to get involved.

If Republicans are determined to fight this particular culture war against women (as they appear they want to do), Democrats should be making it (and at least for now, are) a war fought on our terms, with the vast majority of the American public on our side.  Bring it on!