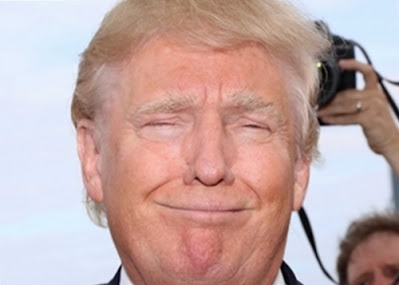 In the Georgia runoff elections, the malignant, demagogic former guy sank his party's Senate candidates in Georgia by suggesting to his cult that the vote was rigged in favor of Dem candidates Raphael Warnock and Jon Ossoff. The result was Dems turned out and his cult stayed home, delivering the Senate to the Dems.

It seems he can't stop himself when it comes to torpedoing his party's chances in Georgia, as he did last night in a rally in Georgia:

"Trump disparaged Secretary of State Brad Raffensperger and called Lt. Gov. Geoff Duncan 'terrible.' But he reserved his harshest attack for Gov. Brian Kemp, repeatedly saying that he would have rather seen Democrat Stacey Abrams win in 2018.

'Stacey, would you like to take his place?' the former president said. 'It’s OK with me.'  [snip]

Though Trump didn’t promote any rival to Kemp, he made clear he was still searching for an alternative, at one point asking former U.S. Sen. David Perdue if he would run. Trump also made clear that he would continue to campaign against the incumbent Republican — even if it meant an Abrams victory.

'Of course, having her, I think, might be better than having your existing governor, if you want to know the truth,' Trump said of Abrams. 'Might very well be better.'”  (our emphasis)

Well, we certainly agree with him on Stacy Abrams in spite of his sarcasm.

The mango-colored buffoon is livid at Kemp for not illegally overturning Georgia's vote for President Biden, something he continues to push despite the fact that he's under investigation by the Fulton Co. district attorney for election tampering ("I just want you to find 11,780 votes"). He's intent on defining his party as his cult, and no "disloyalty", especially in following the law, will be tolerated even if it means defeat at the polls. And to that we say, "knock yourself out"....literally.

Posted by Hackwhackers at 1:30 PM

A side light.
Back in the dark ages of my youth I remember the press and others ridiculing Castro and others for their extended speeches of over an hour.
Even in 1988 Bill Clinton got pilloried for a 30 minute keynote address at convention.
Just as simplicity is the essences of elegances so to is brevity the essences of eloquence.
The Getysburg address was only 3 minutes.