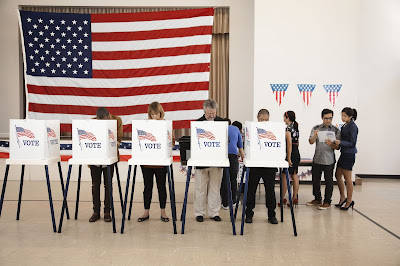 On Wednesday, the Senate is expected to open debate on the Freedom to Vote Act. It is a compromise, but still has important protections like expansion of voting by mail, making Election Day a national holiday, and prohibiting partisan gerrymandering. The New York Times' Charles Blow sums up why passage of this Act is vitally important to maintain our democracy:

"For Democrats, this voting rights bill is a top priority, but from now until something is passed, it should be the only priority. In another time, I would think that the infrastructure and reconciliation bills should take precedence. It’s impossible to argue that we don’t need those things. It is also impossible to argue that many of the provisions would not disproportionately benefit poor people and Black and Hispanic people.

Protecting ballot access is the only thing that matters right now."  (our emphasis)

No Republicans are expected to join Dems in passing the legislation, which would require 10 Republicans to break a filibuster. It's the right time to do away with the filibuster, especially on a vote that may determine the fate of our democracy.