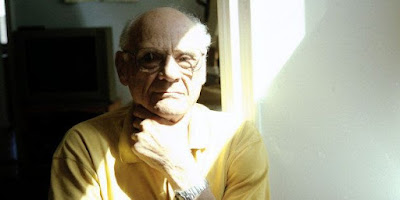 "Life is an endless, truly endless struggle. There's no time when we're going to arrive at a plateau where the whole thing gets sorted. It's a struggle in the way every plant has to find it's own way to stand up straight. A lot of the time it's a failure. And yet it's not a failure if some enlightenment comes from it." --Playwright Arthur Miller, "The Collected Essays of Arthur Miller," 2016.

The author of "Death of a Salesman," "All My Sons," "After the Fall," and "The Crucible," Miller won both the Pulitzer Prize and the Tony award for his plays, after struggling early in his career. During the infamous McCarthy era, he resisted the efforts of the House UnAmerican Activities Committee to get him to testify against fellow artists and writers.