Thoughts And Prayers Fail To Save Anti-Vax Talibangelist 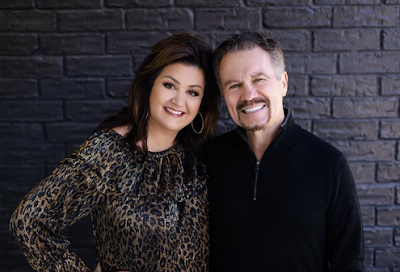 Something something reaping what you sow:

Marcus Lamb, the prominent televangelist who ran the Daystar television network in Colleyville and who promoted anti-vaccine sentiments, has died after getting COVID-19.

"It's with a heavy heart we announce that Marcus Lamb, president and founder of Daystar Television Network, went home to be with the Lord this morning," Daystar posted on Twitter. "The family asks that their privacy be respected as they grieve this difficult loss."

Daystar officials did not say how Lamb died, but his son, Jonathan, said on a Daystar program on Nov. 23 that his father was battling COVID-19.

Jonathan Lamb called his father's bout with COVID-19 "a spiritual attack from the enemy," according to the Religion News Service.

“As much as my parents have gone on here to kind of inform everyone about everything going on to the pandemic and some of the ways to treat COVID — there’s no doubt that the enemy is not happy about that," Jonathan Lamb said. "And he’s doing everything he can to take down my Dad.”

Marcus Lamb launched Daystar in 1997, and the network moved into a 90,000-square-foot center of Texas 121 in Bedford in 2003. The network operates more than 70 television stations across United States, and has also expanded to an international audience in 74 countries.

During the pandemic, Lamb hosted a series of vaccine skeptics on Daystar, including Robert Kennedy Jr., Sherri Tenpenny and Del Bigtree, according to Religion News Service.

Lamb was also an advocate for alternative COVID-19 treatments, and some of his guests on Daystar promoted the use of hydroxychloroquine.