Biographer: Trump Will Throw His Kids Under The Bus 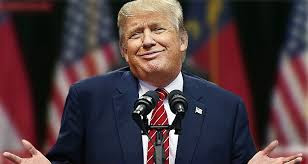 Observing the Malignant Loser over the past several years, it's obvious to objective eyes that his number one concern is himself. Everything else takes a back seat, including his corrupt, grifter children. He's watched his closest enablers (e.g., Michael Cohen) go down in flames covering for him. Here's his biographer David Cay Johnston on MSNBC confirming what awaits his kids as the New York Attorney General's major fraud suit proceeds:

And at some point Trump will not be in alignment with his children so I think there is going to be some disruption here in the family. They are all going to be looking out for their own individual interests at some point and that's going to be fascinating to watch because Donald would throw his own children under the bus if he has to. Ivanka would be the hardest to do, but he'll throw them under the bus if he needs to for himself."  (our emphasis)

We'd recommend they preempt their sociopathic daddy by cooperating with the Attorney General's office, under the old organized crime adage of "do unto others before they do it to you."

Labels: Trump will throw children under bus to save himself in NY AG fraud case

The way that argument is framed it makes it seem like he is the bad guy. Worth noting, they are all bad guys, and they wouldn't think twice about throwing any and all members of their family under the bus to save themselves. Sociopathy models sociopathy. I just hope it's a big bus that can fit them all underneath. Then, back up and do it again until it runs out of fuel, then I will happily pay for another tank.