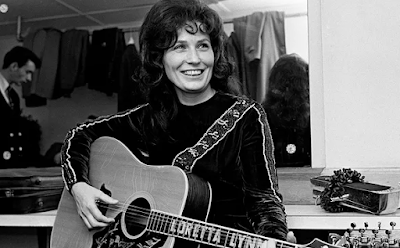 Loretta Lynn, who was born a coal miner’s daughter before becoming one of the crown jewels of country music, has died.

Lynn’s family said in a statement that she died Tuesday at her home in Hurricane Mills, Tennessee.

“Our precious mom, Loretta Lynn, passed away peacefully this morning, October 4th, in her sleep at home in her beloved ranch in Hurricane Mills,” the family said in a statement. They asked for privacy.

Born as Loretta Webb in the remote Appalachian mountain village of Butcher Hollow, Kentucky, she was the second of eight children, and the family lived in a log cabin with wallpaper made out of Sears Roebuck catalog pages. Her early life revolved around the coal mine where her father toiled and the church where she learned to sing. That hardscrabble beginning helped lay the groundwork for her status as the voice of working class women — most famously through her signature 1970 hit, “Coal Miner’s Daughter,” an ode to her father, Melvin Webb, who died of black lung disease 11 years earlier.  [snip]

With country pioneer Patsy Cline as a friend and mentor until she died in a 1963 plane crash, Lynn wrote and sang songs that appealed to women. She quickly realized that most of the audience listening to country radio at the time and buying albums were women like her. Songs such as “Don’t Come Home A-Drinkin’ (With Lovin’ on Your Mind)” and “Your Squaw Is on the Warpath” found resonance. [snip]

At the height of her career, Lynn, along with Dolly Parton and Tammy Wynette, proved to be the biggest female stars in country music. One of her biggest hits came on a 1972 duet with Conway Twitty, “After the Fire Is Gone.”

Her signature 1970 hit “Coal Miner’s Daughter” became the title of her 1976 autobiography, which was turned into the Oscar-winning 1980 film with Sissy Spacek as the lead.

We don't count ourselves great country music fans, but we know enough to say that Lynn's voice and songs were pure, classic country.  The triumvirate of Lynn, Wynette and Parton as icons of strong female voices in country music history won't ever be surpassed.

(Photo: Lynn at the Grand Ole Opry in December 1966;  Bill Preston/ The Tennesseean)