An Armey of One 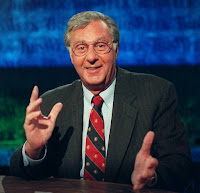 Former House majority leader Dick Armey had some unusually candid comments about Hillary Clinton at a luncheon last week, as reported in today's WaPo "In the Loop." Armey, who has been critical in recent times about the influence of the Christian far-right in politics (not to mention the failings of his fellow Texas Rethug, Tom "Bug Spray" DeLay), said:

"[Clinton] is the most able politician in America... I don't think Hillary Clinton is going to make a mistake. She's going to win that election."

Armey also said Rethugs should keep their distance from the likes of James "My God is a Vengeful God" Dobson, head of Focus on the Family: "You could probably hurt yourself electorally by making Jim Dobson happy."
Posted by W. Hackwhacker at 12:50 PM