Clash of the Bigots 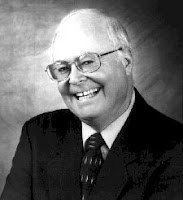 The "Catholic" League's Wild Bill Donohue is blasting Walnuts for accepting the endorsement of talibangelist John "Armageddon Rich" Hagee on Wednesday. Calling Hagee a "bigot" (well, Donohue is an expert in that area) who has "waged an unrelenting war against the Catholic Church," Wild Bill called on McCain to repudiate the endorsement. A spokesman for another Catholic group, Catholics United, said, "By receiving the endorsement of an outspoken critic of the Catholic Church, McCain once again demonstrates that he is willing to sell out his principles for a chance to win the Presidency."

Hagee has been quoted as calling the Catholic Church "The Great Whore," an "apostate church," the "anti-Christ," and a "false cult system." Hagee apparently believes McCain represents the best chance to lead the U.S. into war with Iran, triggering the "end of days" he so fervently prays for. In fact, Hagee's support for Israel is all based on his Biblical interpretation that we are in the final days before Armageddon (and of course, when that day comes, the Jews will all go straight to Hell without benefit of a handbasket -- psst, someone clue the Anti-Defamation League into Hagee's endorsement, will ya?!).