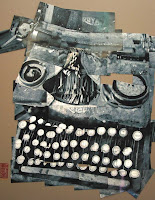 With so much at stake for the economy in the upcoming stimulus package, one would think that the mainstream media would want to get their facts right. One would think. Instead, we're seeing them revert to their usual lazy form, taking pieces out of context and following the talking points provided to them by Drudge, Fux News, and the rest of the Rethug media apparatus. A case in point: the recent chatter about how it would take years for President Obama's stimulus package's infrastructure funding to be spent, ostensibly based on a "report" by the Congressional Budget Office (CBO).

The problem is, there was no such "report," according to the CBO. What the mainstream media ran with was a computer run of a portion of an earlier version of the package, and isn't representative of the Administration's current proposal. OMB Director Peter Orszag says 75% of the stimulus funding will be spent over the next 18 months.
Posted by Hackwhackers at 10:21 AM