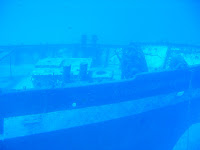 Displaying great timing, the Rethuglican National Committee is just now getting around to distancing itself from the former Preznit. The RNC's current chairman, Mike "Donut" Duncan was a loyal Bushie when it was still OK in Rethug circles. Now, many Rethug party bigwigs want him out, along with the Bushie scent. However, showing their impeccable political sense, these Rethugs want to steer their wounded party even further to the far right. They didn't think Dumbya was "conservative" enough. Yeah, that's the ticket to your future success.

They're floating a resolution that calls upon the RNC to oppose any further "bailouts" of the economy (take that, you middle class whiners!), and want to oppose what they call "President-elect Obama's public works program." You read that right: they're referring to the President as "President-elect." What, he wasn't sworn in enough times for you clowns?