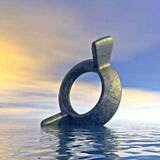 Wingnut blogger and host of the execrable late night "Red Eye" show on the Fux Channel. Greg "Gutless" Gutfeld, is being reamed for his comments disparaging the Canadian army forces in Afghanistan. "Isn't this the perfect time to invade this ridiculous country. They have no army," Gutless said on the very day that 4 Canadian soldiers' bodies arrived home from Afghanistan. Wingnut humor at its best. Gutless himself is a chickenhawk, having never served in the military, and has failed at everything he's worked at. Now he's parked on a cable channel in the wee hours of the morning, sharing viewership with AbBurner commercials, and isn't worthy of wiping the boots of a Canadian soldier.
Posted by Hackwhackers at 11:53 AM